Whitepaper: Medicaid Expansion in Texas: A Win-Win for Everyone

Since the passing of the Affordable Care Act (ACA), Texas is among 20 states that has yet to expand Medicaid coverage for the poor and those in need. Texas is the leading state in the U.S. with the highest number of uninsured, at close to 5 million people without health insurance. Texas is losing out on billions of dollars in federal government support and if we expand today, it is predicted that over 1.2 million uninsured Texans would be newly eligible for health care coverage.

The result of not expanding Medicaid coverage shows that millions of low-income Texans, without government assistance, were unable to afford health insurance, prescriptions, and preventive care as compared to other states. We propose to expand Medicaid in Texas to add an additional 2.5 million Texans for Medicaid coverage and accept up to $70 billion in federal funding to help subsidize the cost.

Research found that within a year of the passage of the ACA and expansion of Medicaid in other states, most expansion states saw a reduction in the uninsured drop almost 40%. Texas saw a decrease during their first year without expansion of 30%. Texas has lower rates of awareness of the ACA, a lower application rate than other states, and a reduced likelihood that low-income tax payers who did apply received assistance with their ACA applications.

Opponents argue that expanding Medicaid coverage in Texas would drive tax rates through the roof, but with funding provided by the federal government it is difficult to understand what the real story behind Texas being so obstinate.

Texas has a history of being resistant to the federal government mandating legislation that would affect their bottom line. It could possibly be the difference between red states and blue states. Texas sued the U.S. government for imposing health care requirements and argued that the mandate was forced and unconstitutional.

Had Texas expanded, in 2016, the allocated federal funding would have created nearly 71,000 new jobs across all industry sectors of the Texas economy not limited to health care jobs. Jobs would be created in a wide range of business sectors throughout the state.

Jobs are just one piece of the pie and Texas would see reduced state spending on state-funded health care programs for the uninsured, a stronger health care system, reduced costs that are passed on to consumers and businesses, increased state revenue, and healthier, more productive residents.

If Texas continues to refuse to expand Medicaid, it will incur increased health care costs and Texans will lose out on substantial benefits. Leaving federal money on the table, Texas is opting out of stimulating the state economy, increasing state revenue, and helping residents across the state.

Low-income Texans deserve the benefits the federal government is offering, but the Texas legislature is still unwavering. As of May 2018, there are 4.7 million Texans currently covered by Medicaid and the Children’s Health Insurance Program (CHIP). If Texas expanded Medicaid, an additional 2.5 million Texans could be covered. Of those 2.5 million, nearly 800,000 residents have no realistic access to health insurance without Medicaid expansion and the state could accept nearly $70 billion in federal funding to help subsidize the cost. It is up to political leaders in Texas whether or not to accept the benefits of the Medicaid expansion. 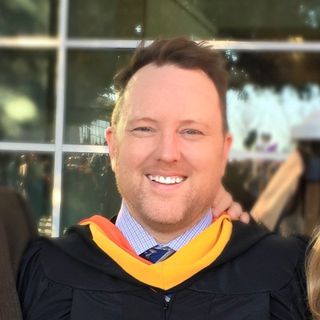